OLYMPIA – The Washington State Department of Agriculture (WSDA) has confirmed the first report of a live Asian giant hornet sighting in Washington in 2021. 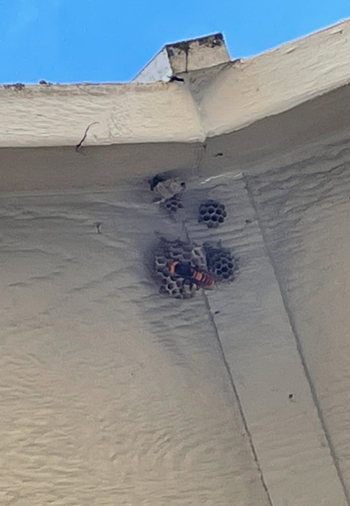 “This hornet is exhibiting the same behavior we saw last year – attacking paper wasp nests,” Sven Spichiger, WSDA managing entomologist said. “If you have paper wasp nests on your property and live in the area, keep an eye on them and report any Asian giant hornets you see. Note the direction they fly off to as well.”

In response to this detection, WSDA will be setting live traps in the area in an attempt to catch a live hornet, tag it, and track it back to the nest. The British Columbia government will likewise be setting additional traps in Canada as this detection was approximately half a mile from the U.S./Canadian border.

Visiting WSDA’s website at agr.wa.gov/hornets is the best way to report suspected hornet sightings. The online reporting form allows you to upload photos as well as to indicate on a map where the sighting occurred. Alternatively, sightings can be emailed to [email protected] or can be reported at 1-800-443-6684.